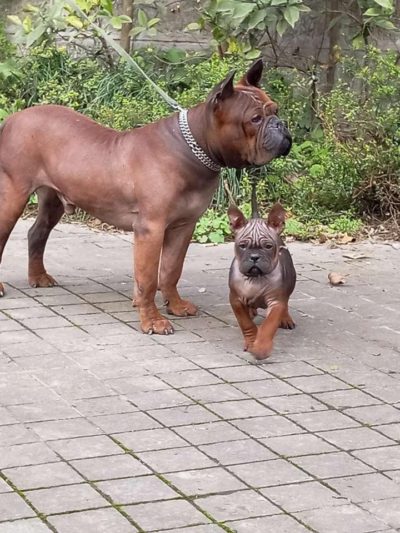 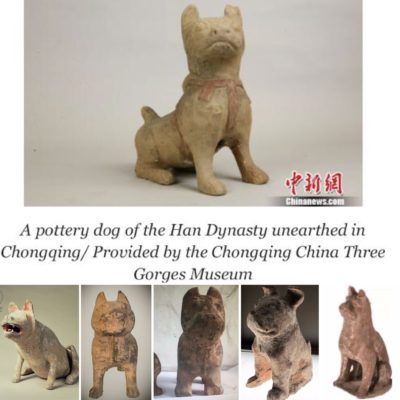 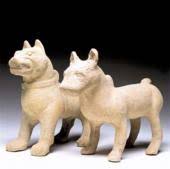 Chongqing Dog fanciers say that theirs is an ancient and natural breed, depicted in excavated statues from the Han dynasty that date back almost two thousand years.Ceramic dog from the late Han dynasty excavated near Chongqing.

But Hing Chao, a cultural preservationist and columnist for Hong Kong’s Tatler magazine, goes back even further, positing an ancient connection 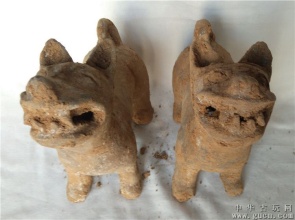 between the Chongqing Dog and the Molosser breeds so familiar to us in the West.  Chao notes that an early, warlike tribe called the Xirong, who settled in the western province of Sichuan around 1765-1122 BCE, could very well have traveled with dogs of this type. He also compares photos of the Chongqing Dog and the Alano Español, an ancient bulldog brought to Spain by the Alani, nomadic pastoralists from 5th Century Iran. Like the Chongqing Dog, the modern-day Alano Español has high-set ears (albeit cropped), slightly undershot bite, short muzzle and sometimes a black mask, and is only a few inches bigger than the tallest Chongqing Dog.  “As far as I am concerned, their phenotypical resemblance is remarkable and bespeaks of a common ancestry in the distant past,” Chao writes. “If I may take a further leap of faith, by postulating a connection between the ancient Xirong and Scythians – two of the oldest nomadic groups in the world – may we perhaps even hypothesize an ancient dog breed of the Molosser type originating in northwestern China/inner Asia which eventually spread to Europe through the trading and warlike activities of the ancient nomads?” 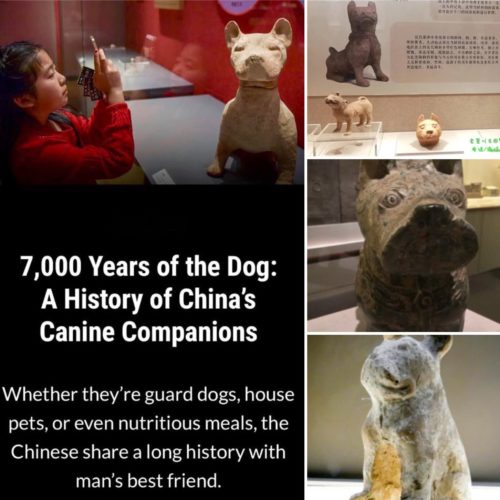