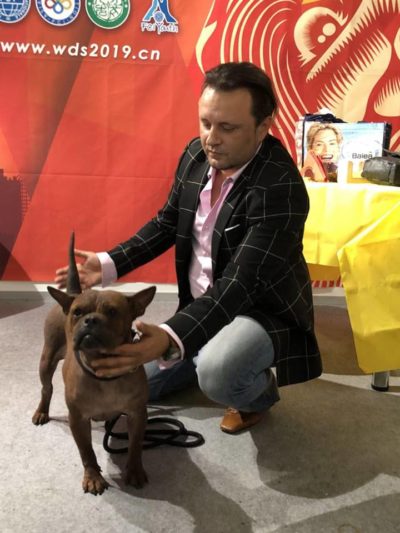 This is a dog that was allowed to develop organically over time through natural selection rather than forced inbreeding. Most of DNA test have showed no inbreed selection – that’s mean natural breed . They have also survived for many hundreds of years in harsh climates with little human intervention. Both of these factors have ensured that the  Chongqing dog is a particularly healthy breed. The short coat of this breed also creates a few unique needs. This dog has virtually no protection from the cold. When the temperature drops, these dogs should be provided coats and booties to prevent frostbite, disease, and freezing to death. However, if you wanna buy this dog, but you’re living in the northern hemisphere, where the winters and autumns are particularly cold, we suggest you keep your dog indoors during these cold months. They’re simply not used to cold weather because CQ dog was developed in Southwest China , where the warm climate sub-tropical climate zone often swept by moist monsoons , CQ dog is true natural tropical & exotic dog . The lack of hair, particularly that found on the back, tail, ears, and face, also makes this breed vulnerable to sunburn.  Owners should limit the amount of time these dogs spend outdoors, and should regularly apply sunscreen if they are to be in the sun for any length of time. Chongqing dog isn’t like other lazy Bulldogs  from Europe , CQ dog is very active  during hot Summer days even on temperature up 30° C.

Another genetic fault, some Chongqing dog puppy are born with longer muzzle  , very often with proportion of Chuandong hound , completely hairy , longer ears or tail ,  white markings on the chest , white nose ,I deeply believe the puppies are designated pet quality and require a spay/neuter contract.

With no relevant scientific studies having been performed, and there being such a small number of dogs to assess, it is difficult to say with any certainty what health conditions affect this breed. There is no specific grooming required as this dog is a very short haired breed .  I have met with many local CQd breeders who are trimming Winter coat during spring time . 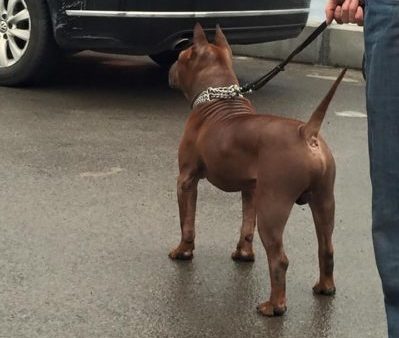 The life expectancy is fairly high , same as in other primitive breeds , it’s a remarkably long living breed. I personally highly recommend feeding Urban wild chinese bulldog as a raw or cooked diet that is superior to all others and will produce optimal results. Use of inferior or lower grade foods may result in poor hair coverage and skin issues.To get a healthy dog, never buy a puppy from an irresponsible breeder (Breeders with poor quality Hybrid dogs) and puppy mill ( such as Hongya Cave Kennel- dog broker and dog farm with over 400 dog in factory) . Look for a reputable breeder who tests her breeding dogs to make sure they’re Ancient Origin, free of genetic diseases that they might pass onto the puppies, and that they have sound temperaments.

Our breeding  project  #bambooCQdog are tested of dysplasia, heart , they are free of entropy, patella and skin problems. We want to have  healthy,beautiful and good dogs and aspire to it for breeding.Every CQd from our breeding project are DNA tested and we guaranty Haplogroup, Haplotype  of Ancient Origin. I have personally chosen all my breeding dogs from China .
…an ancient breed full of mystery and fascination .