Chongqing and its immediate surroundings were part of the ancient Chinese province of Sichuan, which has long served as Tibet’s eastern border.  Sichuan is famous for its mountainous terrain, unique culture and cuisine, and speech, which is either a unique dialect or language depending on the expert. Chongqing belongs to the subtropical humid monsoon climate zone. Annual average temperature is around 18ºC. Average lowest temperature in winter is 6-8ºC and average highest temperature in summer is 27-38ºC. 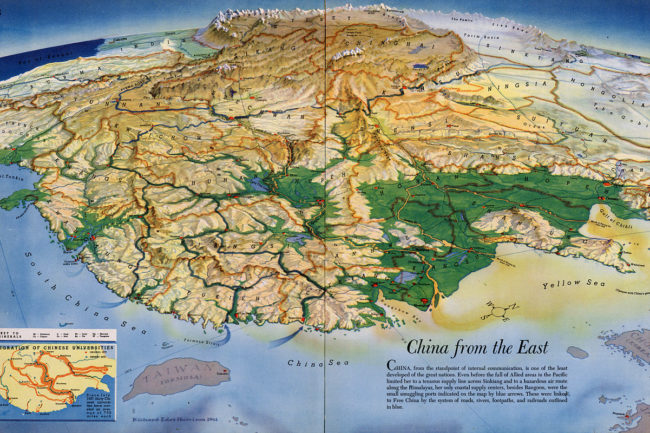 There is little snow and much fog all year round. Features are warm winter, hot summer, early spring and short autumn. Rainfall is plenty, about 1000-1400 mm a year. There is plenty of night rain when spring is changing into summer, hence the saying “bashan night rains”.

China is rich in biological resources. Until now, there are a number of native Chinese dog breeds still live in their cradle, most of them are undiscovered outside of China, some of them are even unknown outside of their region of origin.

Chongqing is located at the upper reaches of the Yangtze River, between 105’17”-110’1″east longitude and 28’0″- 32’3″ north latitude. It is 470 kilometers from east to west and 450 kilometers from north to south. Chongqing neighbors Hubei and Hunan in the east, and Guizhou in the south, it neighbors Sichuan in the west and Shanxi in the north. The terrain slopes down to the Yangtze River valley from south to north, and is therefore quite undulating. In the northwest and central parts are mainly hills. In the southeast are Dabashan and Wulingshan mountains. Major rivers are the Yangtze River, Jialing River, Wujiang River, Fujian River, Qijiang River and Daninghe River.